From the 7th till the 11th of April 2014 2E Interconnection attended together with sister company 2E Cable Assembly to the Hannover Messe for the first time.

This year The Netherlands was Partner Country and the fair was opened by the German Chancellor Angela Merkel and the Dutch Prime Minister Mark Rutte. 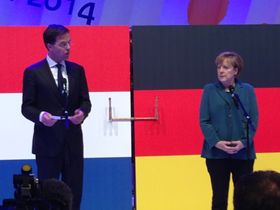 Hannover Messe 2014 attracted more than 180,000 visitors from more than 100 different nations. In Hall 4 “Holland Industrial Supply” we were on one of the nine Dutch pavilions. With more than 250 companies and over 80 events, we as The Netherlands were well represented at the world’s leading tradeshow for industrial technology.

Many enthusiastic visitors and exhibitors showed their interest in our ability to develop, produce and deliver (special) cables. This interest brought us many new national and international contacts. Therefore we can inform you with great enthusiasm that the Hannover Messe 2014 was a great success for us. 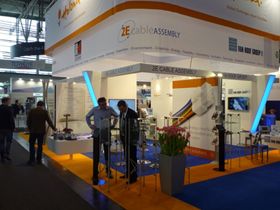